We met Breanna and Matt through their photographer, Matt Hinkley of Hinkley Photography. We first knew the were a great JPod Films couple when Breanna told us that she was going to school to become a veterinarian, and that they had two dogs who were going to be included in the wedding plans. Although the two resided in the midwest, our Skype conversations felt so warm, as if we had known each other for years. It was also the first of four straight Boston wedding films that we had on the water in September (four different states too).

It was the second straight year that we spent the second weekend in September at Church Landing in Meredith, New Hampshire. Breanna and Matt got ready on opposite ends of Church Landing and then met for the first time on the back lawn of the property. It was one of my favorite parts of the day, as Matthew’s mid-western charm really came through. After some fun pictures with their dogs Ruby and Khan, we headed to a beautiful open field next to Moulten Farm for a pre-wedding photo session. We really got creative here and even opened the film with this part of the day. The couple had a traditional church ceremony at St. Joseph’s Roman Catholic Church in Laconia before returning to Church Landing for the cocktail hour and reception. Some of the cool details include the Hoosier glass, tying in Indiana, used for the centerpieces as well as the Birch logs used throughout the reception decor.

We got to work with Matt and Liz Hinkley from Hinkley Photo (photo credit for picture above) for the second straight year in Meredith which was a blast, and we were also paired with one of our favorite bands in Honey Train. The day just had just a great vibe! Enjoy our latest Boston wedding film from the edge of Lake Winnipesaukee in New Hampshire.

Leave your commentPosted by Jamie Pod on February 24, 2017No Comments
Wedding Tips

For this week’s wedding tip, we venture back into the area of floral design. Everybody loves beautiful flowers, but most couples do not know where to start except for going on pinterest and pinning a bunch of flower photos that they think match their style. In this week’s tip, Boston Wedding Group member Kelly Dolloff of Artistic Blossoms Floral Design Studio talks about the trust that you need to put into your floral designer. If you bring a color palette and a vision, great floral designers will do the rest. Special thanks to photographers Person + Killian, Zev Fisher, Snap Photo, Ashley O’Dell and Hinkley Photo for the images they supplied of Artistic Blossoms amazing work. Take a minute and learn from one of the best floral designers in Boston in this week’s wedding planning tip.

Leave your commentPosted by Jamie Pod on December 8, 2015No Comments
Vendor Spotlight

A while back, we had a vendor of the month feature on our blog. In the spring and fall, we had so many great professionals to write about. But, we would have to wait months sometimes to share the love, because there was only one wedding professional each month. Therefore, we are reintroducing the feature on our blog, but this time it will be called the Vendor Spotlight. Now, we can share some of the best professionals in the wedding industry in a timely manner.

So, who got our juices flowing again? It was Matt and Liz of Hinkley Photo out of New Hampshire. We worked with this dynamic, married duo a few weeks ago at Church Landing on the edge of Lake Winnipesaukee. If we have never worked with a photography company before, we always try and reach out to photographers beforehand to introduce ourselves. Well, Matt beat me to the punch. The pre-wedding conversation was everything it was supposed to be: productive, cooperative and professional. I knew we were going to have a good day that Saturday.

Sure enough, the wedding day came and the two of us worked in unison creating a great product for our couple. We shared ideas, hustled side-by-side and laughed throughout the day.  Matt and Liz even helped us with a camera issue we had come up during the day. We borrowed their Canon 5Diii a few times to get that extra shot, or quality we were looking to capture. Total team players. We were super thankful for that. But, that is not why they made the blog. It was just the overall experience of working alongside them. On our ride home, Matt called us and we talked and laughed for a good 30 minutes about the day and our businesses. Our companies were just a great fit together. And we hope it happens again soon. Check our Matt and Liz’s work at www.hinkleyphoto.com, and check out a few of their stunning images from that wedding day below. 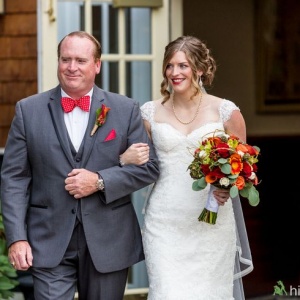 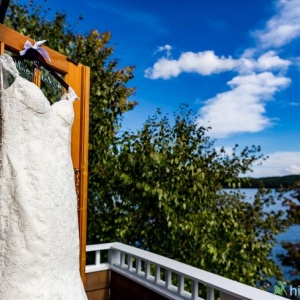 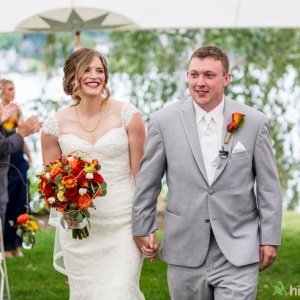 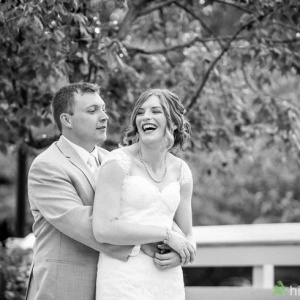 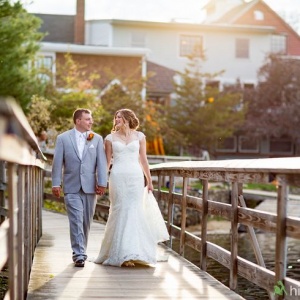 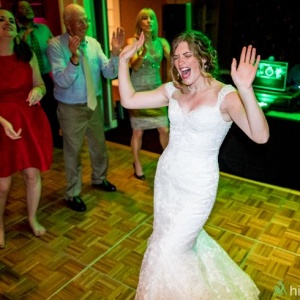 Leave your commentPosted by Jamie Pod on September 28, 2015No Comments